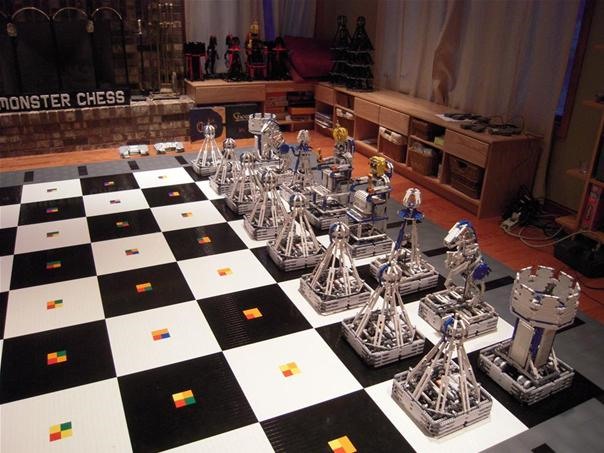 The battery-operated, Bluetooth-controlled pieces use downward-facing sensors to read grids built into the individual squares on the board. They then communicate with the controlling computer to keep track of their location in relation to other pieces. The computer tells each piece which direction to go, and how far, on its turn.

It took a year for four people on Team Hassenplug, led by Steve Hassenplug, to put Monster Chess together at a cost of around $30,000. It can be played as human vs. computer, computer vs. computer, or human vs. human via the controlling computer. It uses international standardized rules from an enhanced version of the ChessBot software package.

See it in action

Check out the creators site here.

Life Hacks for Your Smartphone